Need some design inspiration for your website? We break down the top 10 best small business website designs to get your creative juices flowing
Jun 18, 2020 • 7 minute read 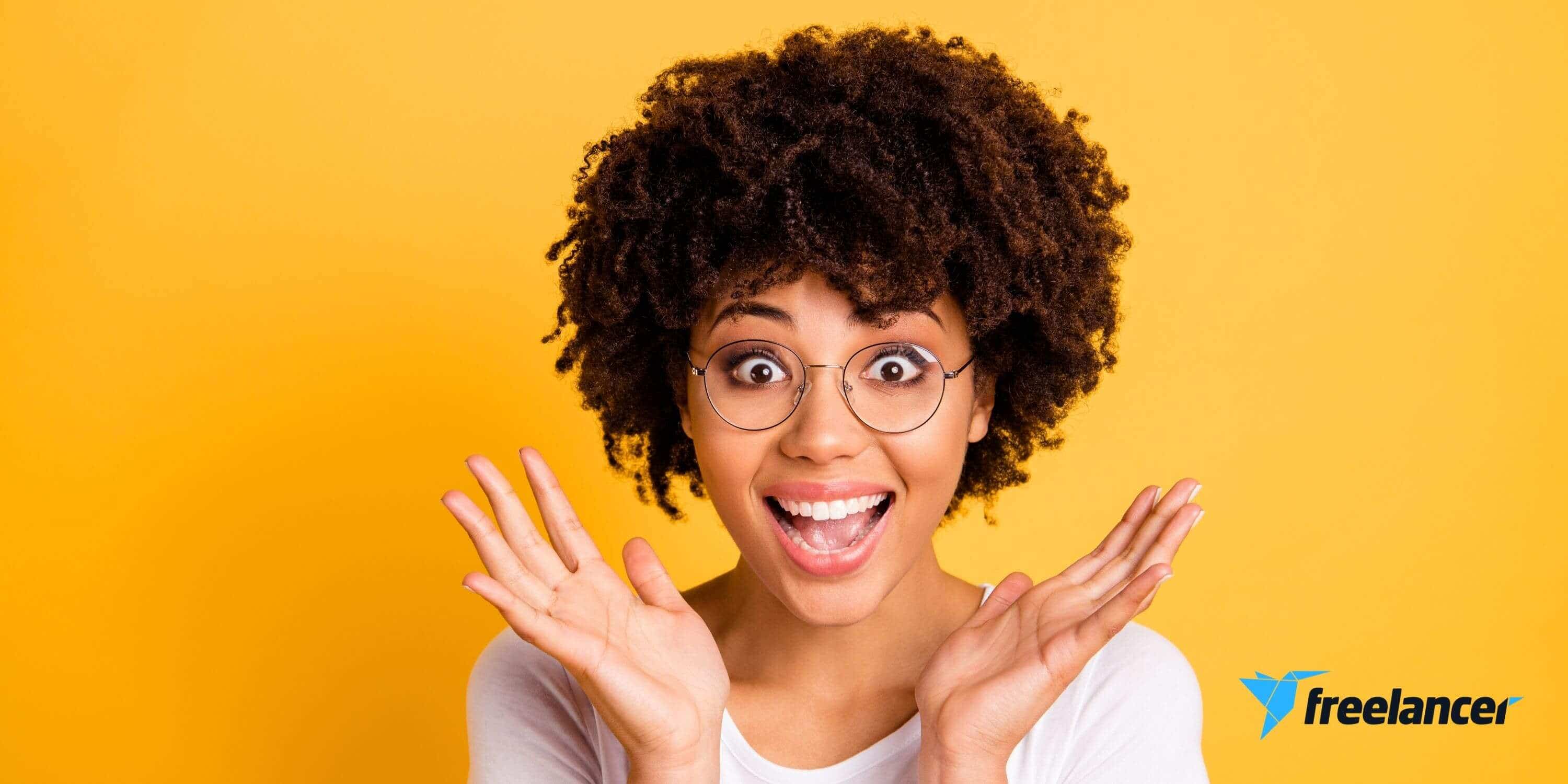 We’re told not to judge books by their covers. But we do all the time, because it’s just human nature. The same, of course, is true of businesses. Just because a moving company has a nice-looking website, it doesn’t mean that they’ll be able to transport your precious chandelier without shattering it. And yet, a great splash page could convince you to hire them.

So, as a small business owner, this is one area you can’t afford to skimp out on. Fortunately, website design is more democratic than ever. Platforms like Squarespace and Wordpress make it relatively easy to put up your own site. If you want to go pro, there are a huge number of freelance designers who can make your dream website a reality.

But what is your dream website, exactly? You might need some inspiration. Let’s look at ten great small business websites, and see what we might be able to learn from them. 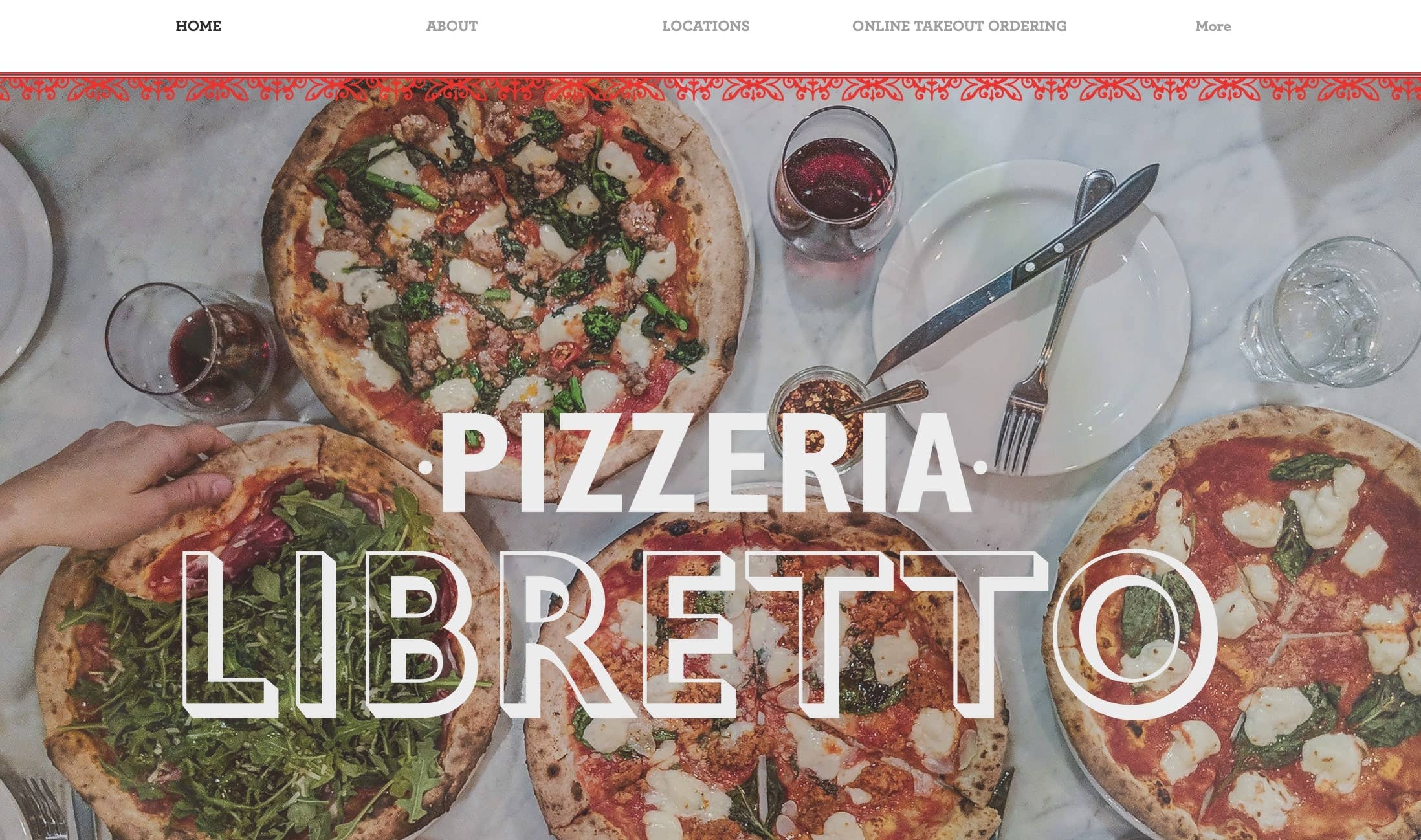 Pizza. It’s not the most glamorous food. It’s not a glamorous food at all. It doesn’t really make you think “fine dining.” This is unfortunate for restaurants that want to charge upscale prices for pizza and wine. How do you pull it off?

In the case of Pizzeria Libretto, the answer is big, bold images, with simple branding. Your mental image of pizza is instantly replaced by pictures of a beautiful space, hand-tossed dough, wine in classy stemless glasses, and so on. They don't tell you that their pizza deserves to be expensive, they show you.

And, since that's the most relevant piece of information, everything else is kept minimal. This is a lesson to keep in mind: often, the information you need to convey is strictly visual. 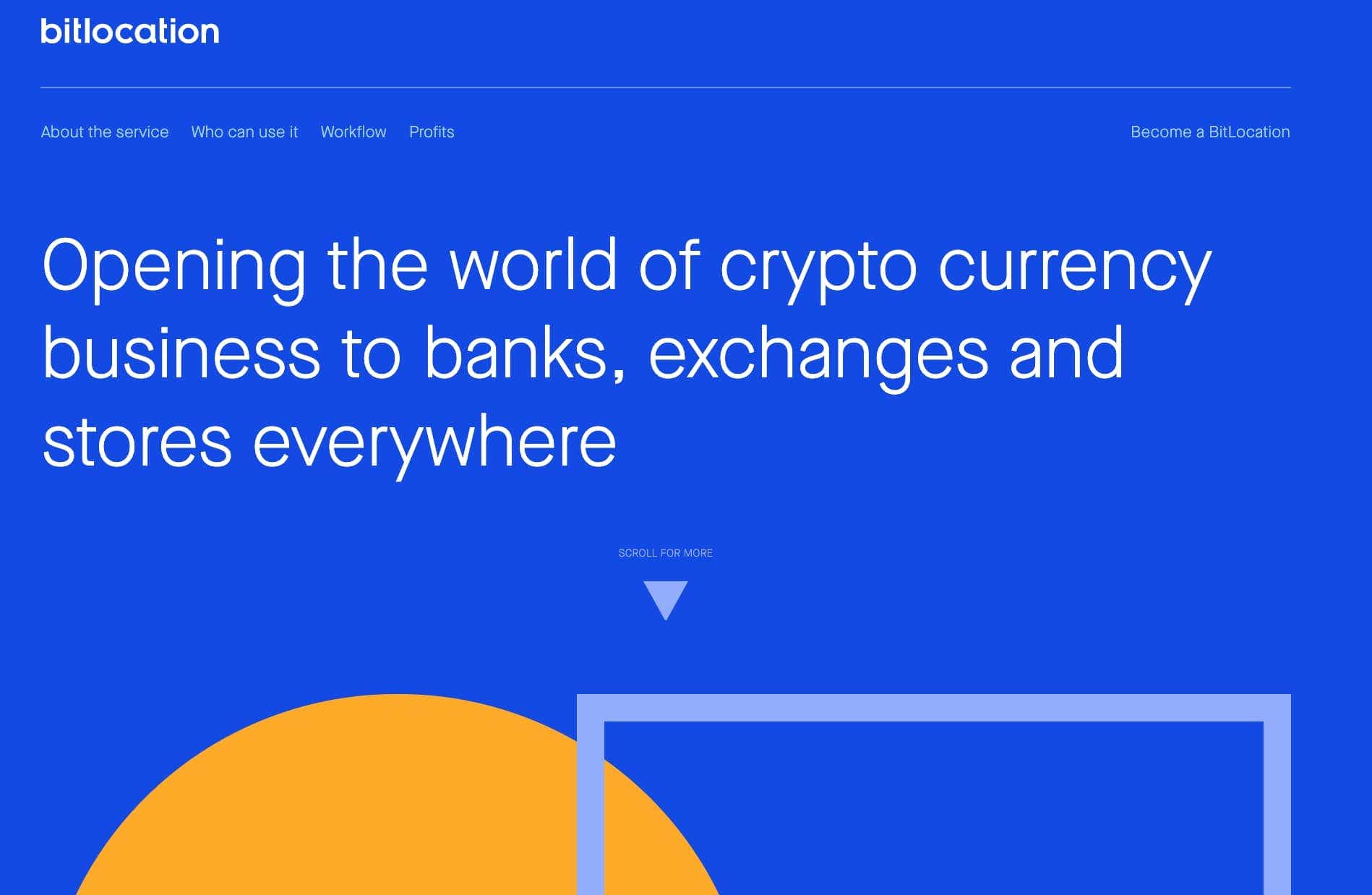 First of all, this is just a great-looking site. It’s got a nice color scheme, with a bold primary color and a contrasting secondary shade that’s eye-catching without being eye-assaulting. Also, it performs well: the big blinking bits aren’t high-resolution images that need to be downloaded, but, rather, are created with CSS. (If you’re not familiar with web design lingo, that’s something to discuss with a designer.)

Moreover, the site’s simplicity is an important element of its branding. Cryptocurrency is, perhaps rightly, regarded as something complex and mysterious that only the technically knowledgeable can understand. However, BitLocation’s website, which almost looks like something you could build with lego, exudes a sense of elegance and refinement. This impression is maintained with clear, persuasive copy.

So, if your customers are worried that what you do is complex, maybe you should think about how to show it simply. 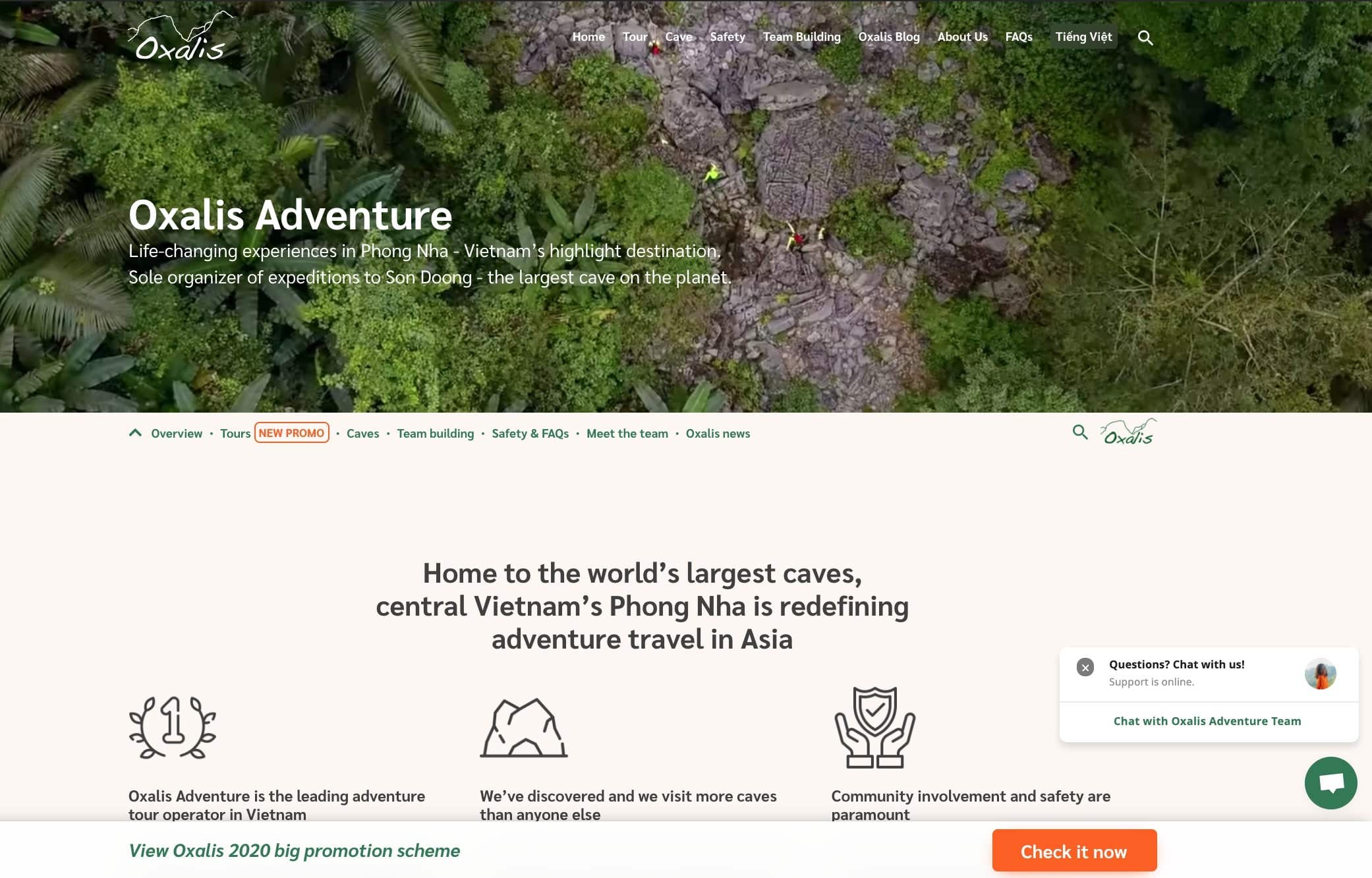 This Vietnam-based company has a difficult sales proposition. They sell caving adventures that cost thousands of dollars to tourists who have probably never set foot in Vietnam. And, unlike, say, a Himalayan trekking company, most people aren’t visually familiar with the landscape being sold as part of the product.

Oxalis solves this problem right upfront, with animated banners that instantly evoke a sense of adventure. As soon as you view their website, before you're done reading the first bit of copy, you’ve seen adventurers crossing rock outcroppings, and you’ve seen them immersed in underground rivers, and you want to be one of those people. You’re sold.

Now, we should take a moment here to note that animated banners can be a terrible idea. Here, they’re justified, because what they’re showing is not only spectacular to look at, but also something that customers need to see. However, if you’re a car wash, and you put up an animated banner of your car wash, it won’t make such a great impact, because we don’t really need to see that. 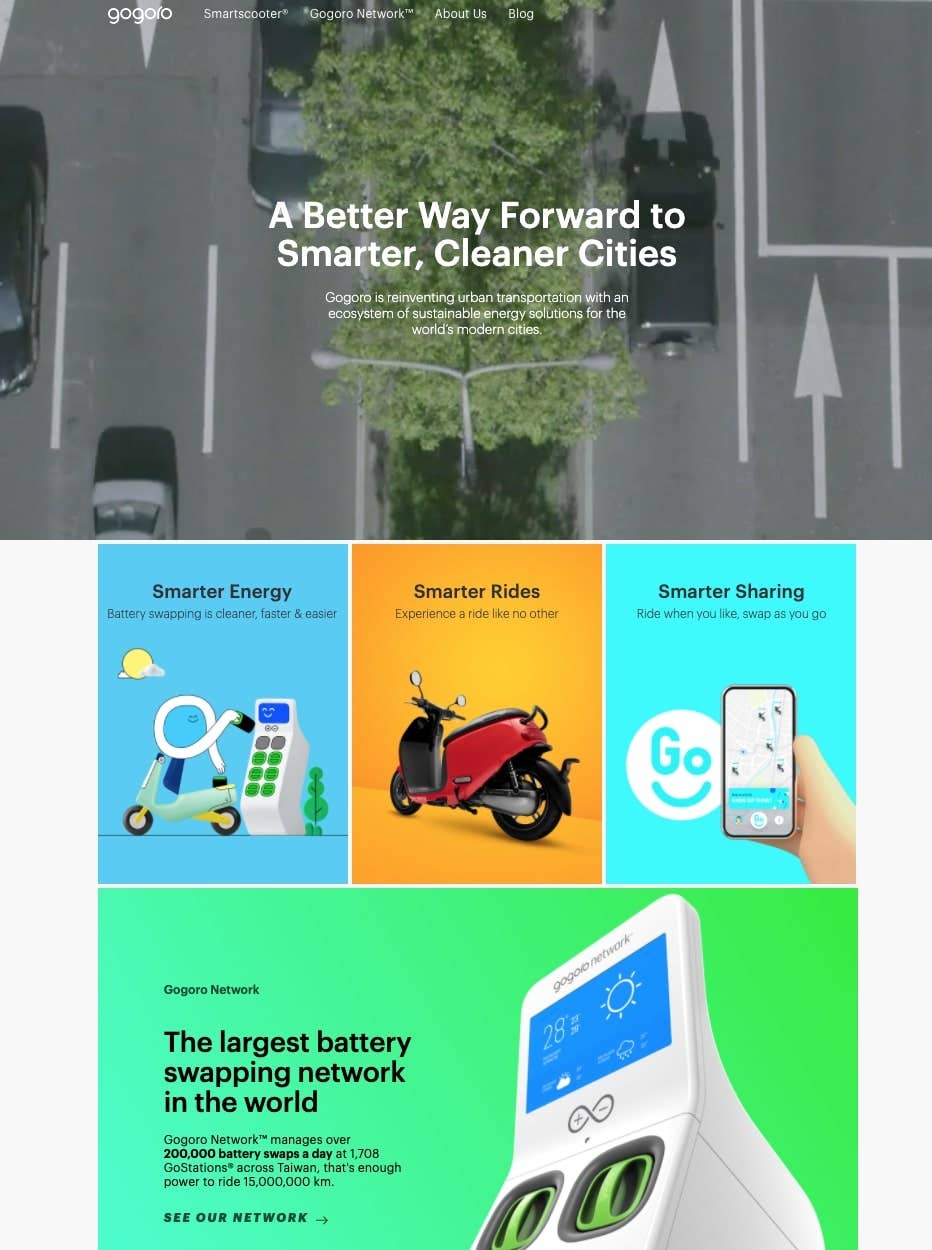 This is another study in the effectiveness of bold colors. In this case, Gogoro has integrated the colors of their products with the colors of their site. When the site first loads up, you see the fetching tomato red and sky blue of their color on an eye-catching banner made of those same shades. Click one of the five buttons below, and this display will be replaced with another similarly bright and harmonious product display. It’s memorably eye-catching and interactive.

But the site isn’t all just flash—once you scroll down, you’re also given a nice grid of links to related materials that tell you all about what Gogoro is doing. This is important: if Gogoro’s site was all prettiness without any content to back it up, it wouldn’t be half as good.

When you’re selling a yoga studio in L.A., you have to do something kind of funny. You have to sell a luxury experience, but without focusing on the luxury too much—you have to tell your customers that they’re being spiritually fulfilled at the same time as pampered.

Yogala does this quite nicely, with a harmonious design that includes a few elements of kitsch and quirk. First of all, their fancy-looking website has a homey, cursive logo that looks almost hand-drawn, as opposed to a more fashionable, minimalist emblem. This visual cue puts the “small” in their small business. As well, some of their graphics use a pentagon frame instead of a circular frame, which gives the layout an irregularity that reads as artistic. 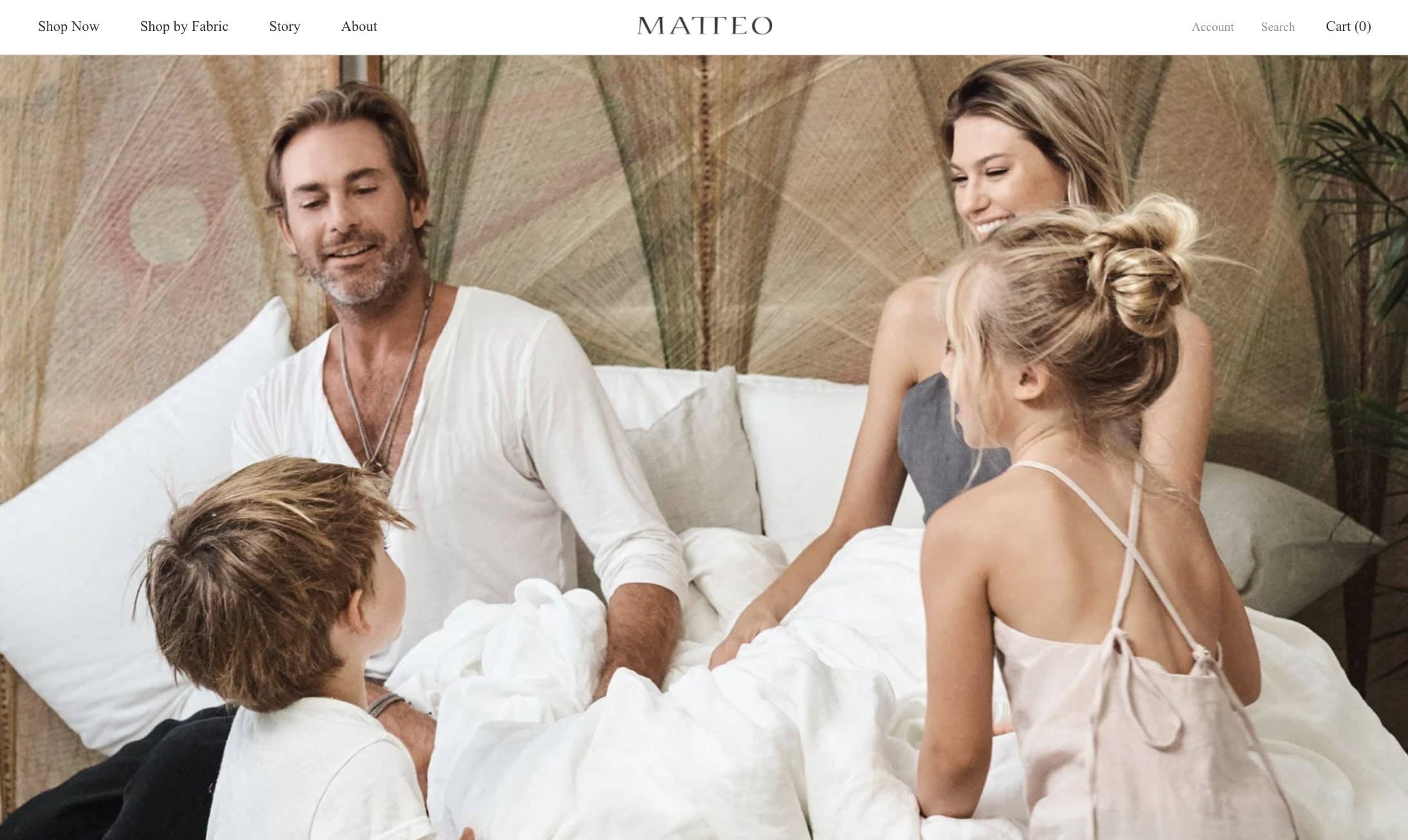 As opposed to some of the bolder sites above, like those belonging to Gogoro and Oxalis, luxury sleepwear company Matteo’s site is an exercise in tasteful restraint. They use muted colors, an unexceptional typeface, and calming imagery, and the result is pretty, functional, and highly usable. This is another example of brand and design meeting—it would feel weird if you were exhilarated or dazzled by the website of a company selling stuff you fall asleep on.

Also, though they have little to no copy on the main site, the FAQ and philosophy pages are cleanly written. This is something to remember: even if you don’t have much copy on your site, everything you do put up needs to read nicely. Otherwise, any sense of professionalism will disappear immediately. 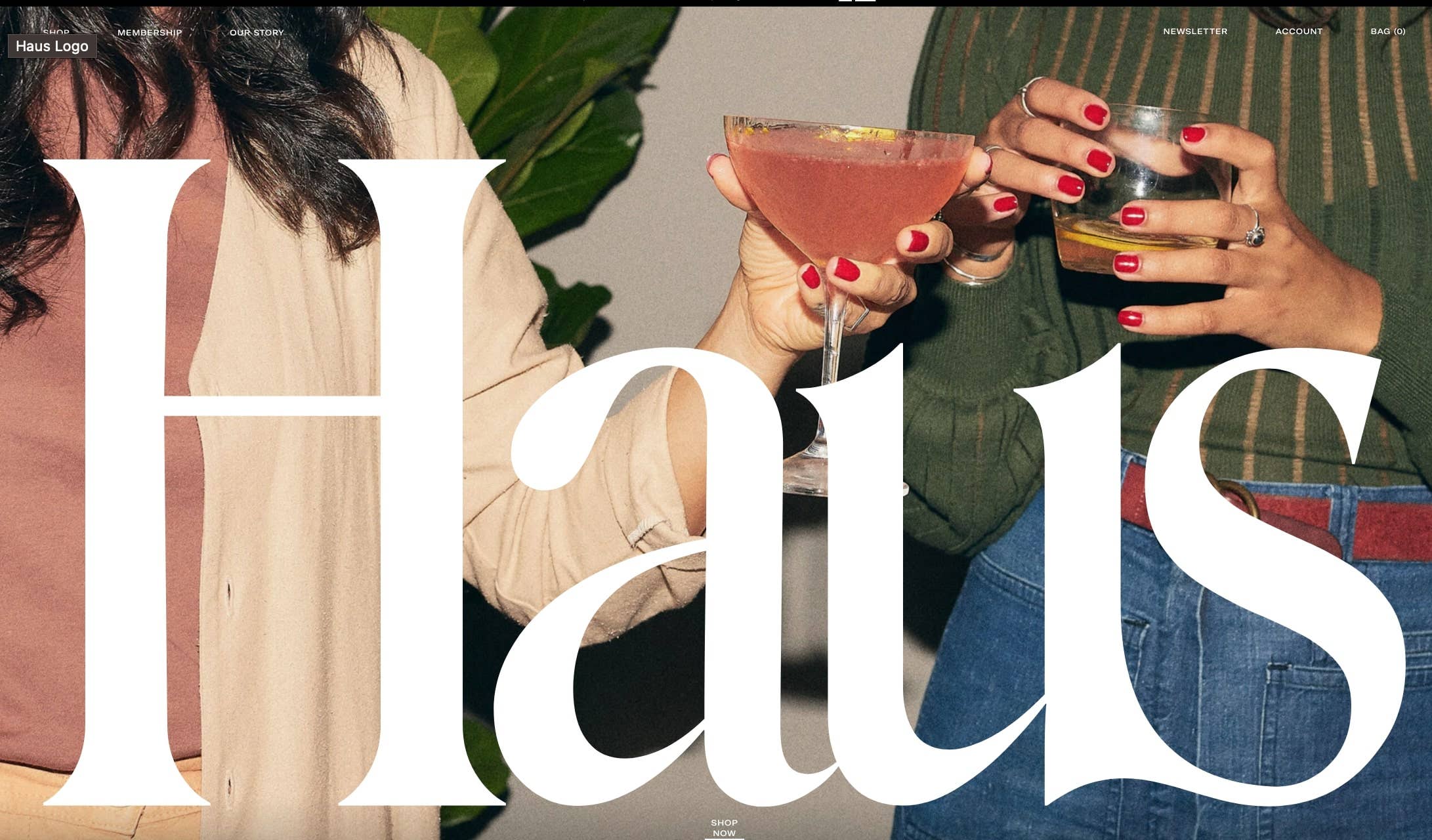 B2C boutique liquor brand Haus does something with their website that’s generally completely inadvisable. They have an animated splash. When you click to their site, the first thing you see are a couple of pictures of partying people and appetizing cocktails layering over each other, and then the actual page loads a moment later.

Why does it work for them? First of all, a boutique liquor brand isn’t just selling a product. They’re selling an experience. A cool lifestyle with cool people. Nothing says that better than a stack of glamorous polaroids, which is basically what the animated splash is. Additionally, the animation goes by really quickly. It’s over almost before you know it happened. Any longer than this, and the animation would be extremely annoying.

Beyond this, their website is a gorgeous example of the tasteful use of retro typefaces. The thick slab serifs give their brand a 70s feeling, but it’s not an overbearing caricature—it’s just a nostalgic touch. 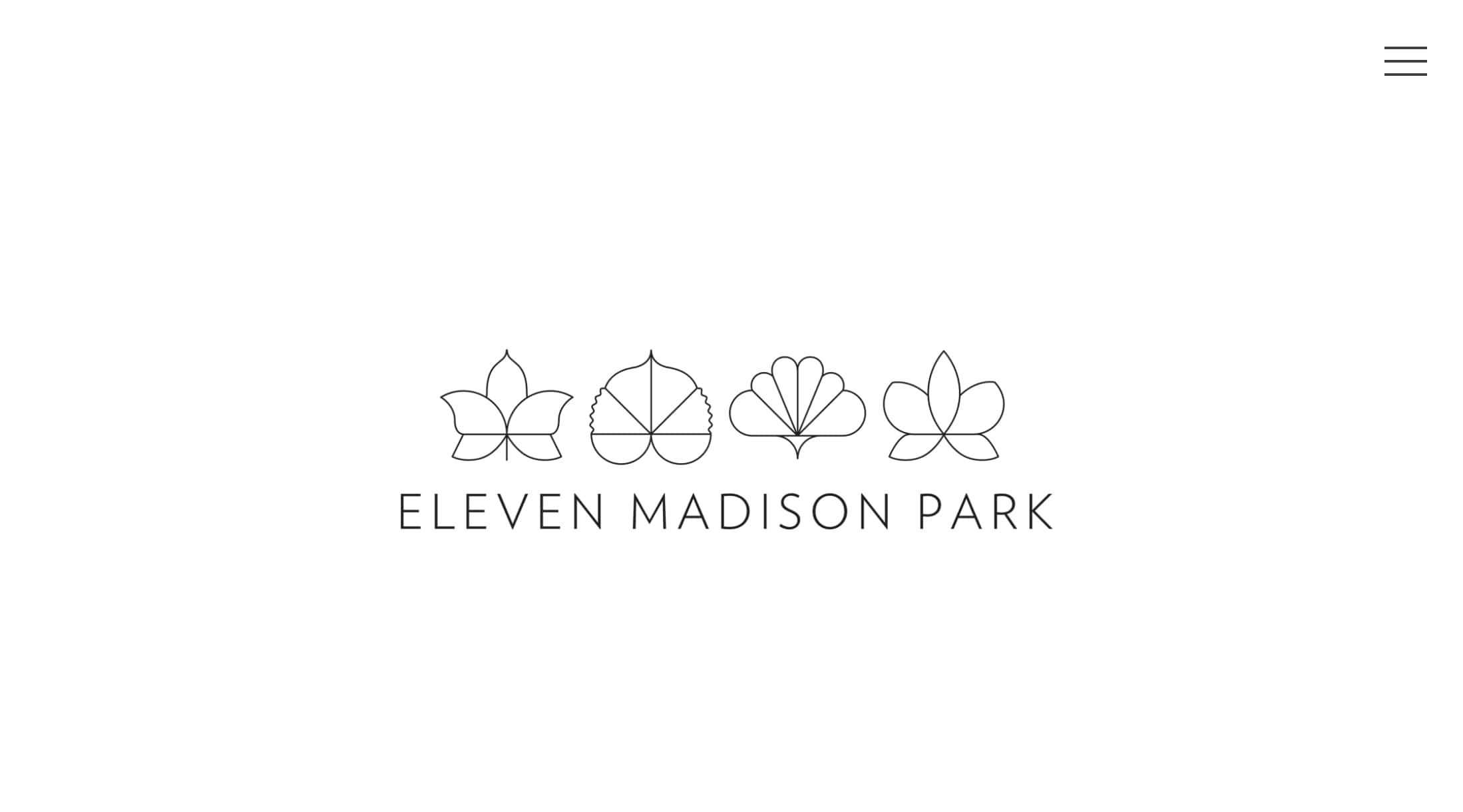 In some ways, the most luxurious thing is cleanliness. A perfectly dressed hotel room, the clean lines of an upscale office, a tailored suit. Eleven Madison Park is an extremely expensive restaurant, and they’ve decided to advertise their luxury with an extremely simple site. The typeface is modern and minimal, the website has a lot of white space, and there isn’t a ton of decoration.

However, simple doesn’t mean simplistic. Nothing on the Eleven Madison Park site is out of place. As well, the navigation sidebar is worth a bit of study. Rather than just popping out, it slides out slowly—not so slowly that it’s irritating, but in a smooth, gradual fashion. It says “we aren’t in a hurry,” which is the impression that a fine dining restaurant should give off. 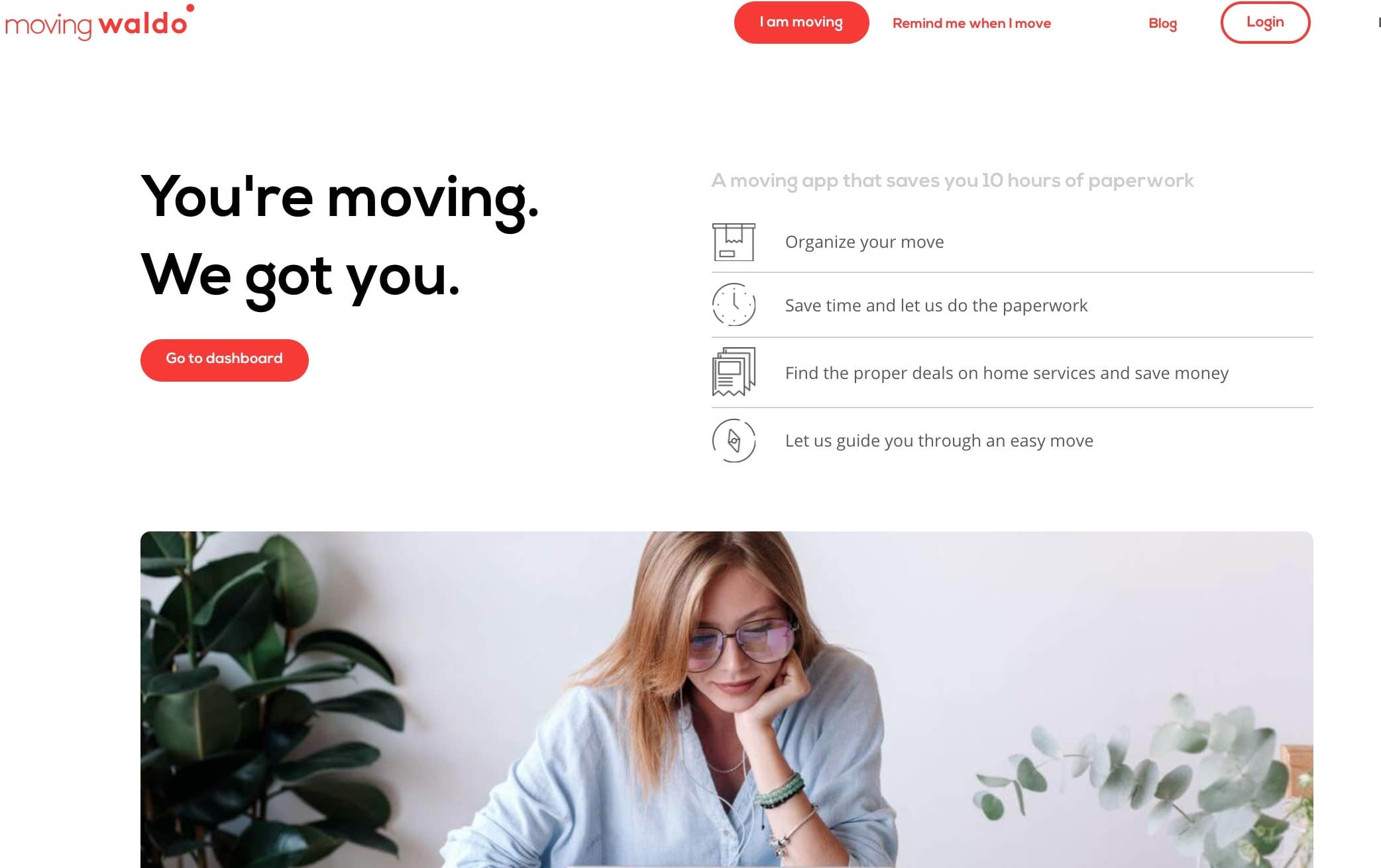 If, like some of the above businesses, you’re selling pizza or liquor, you don’t need to provide much upfront detail about what it is you’re doing. However, some businesses offer less familiar services, so they have to explain everything right away.

MovingWaldo is in that category. They have a simple but unusual value proposition. They’re a moving concierge service. If you’re moving, they help you arrange a mover, change your addresses, and otherwise take care of all the million things that make moving a nightmare.

They do a great job of explaining this and pointing out the benefits immediately. “A moving app that saves you 10 hours of paperwork.” I’m sold immediately, aren’t you? If you’re skeptical, because it sounds too good to be true, MovingWaldo can explain everything—scroll down the page and they’ll lay out exactly what they’re offering, and how they pay for it. This transparency makes the business seem trustworthy and competent. 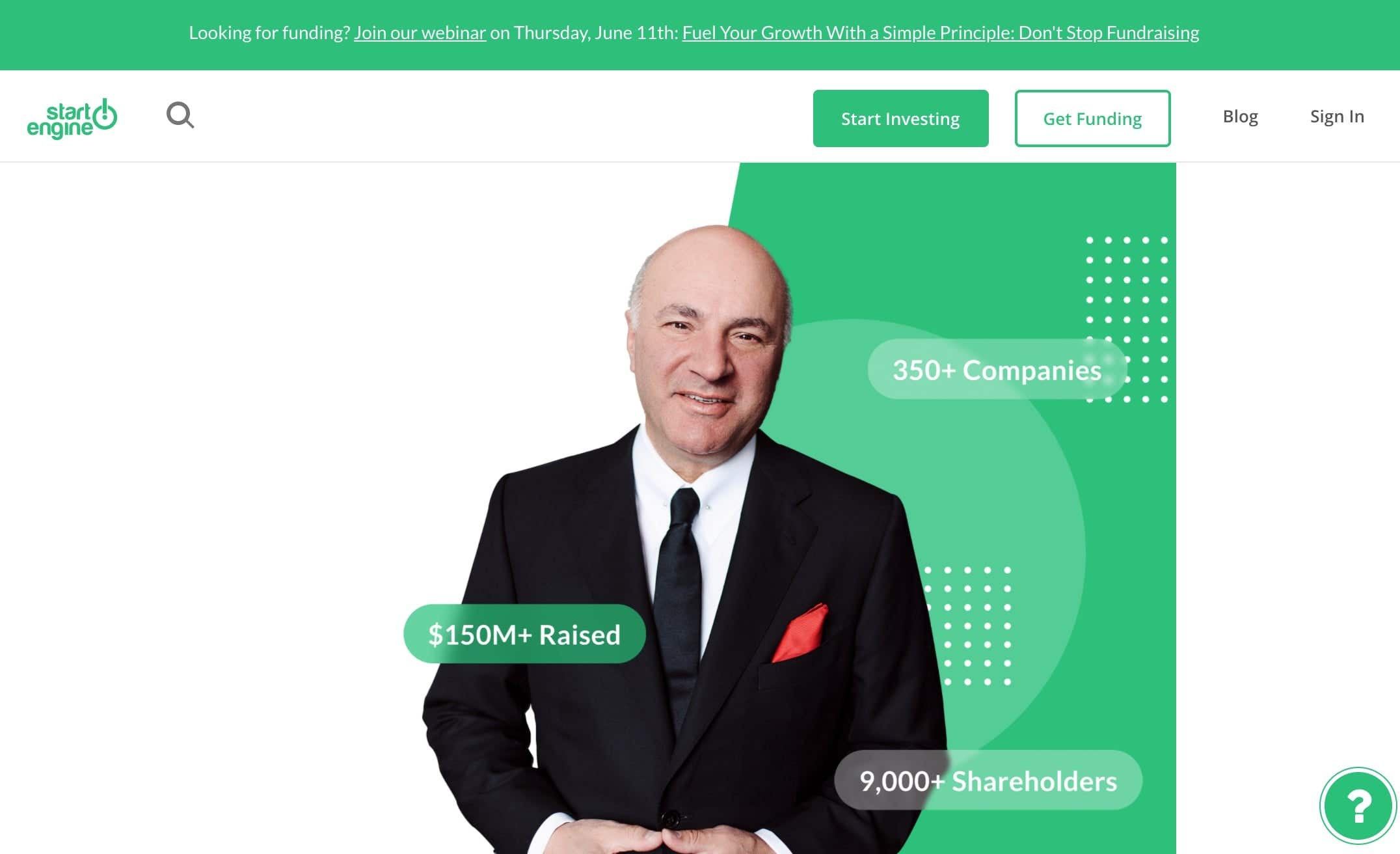 StartEngine is a service that allows retail investors to buy small pieces of startups as they would purchase publicly-traded companies. It’s sort of halfway between a startup incubator and an online brokerage. As a result, they have to seem both creative and reliable—a place to make reasonable investments in unusual ventures.

The way they achieve this is by using classic bank colors—green, black, and grey—but adding slight touches of personality in rounded corners and dots. As well, scroll down the page and you’ll immediately be greeted by interesting investment opportunities. Right now, the front page gives you the chance to invest in family films and security robots. It’s a fascinating and tempting variety.

These are all very different websites, but they have a few things in common. First of all, they understand the mind of the consumer—the information they need and the visual impression they’re looking for. Secondly, they’re rich but not overstuffed—some include animations or splash pages, but it’s not gratuitous and it doesn’t get in the way of the vital functionality. Finally, all of them display a tight coordination between the values of the brand and the design itself. They look like what the company should feel like. Do that, and you’ll have a great website. 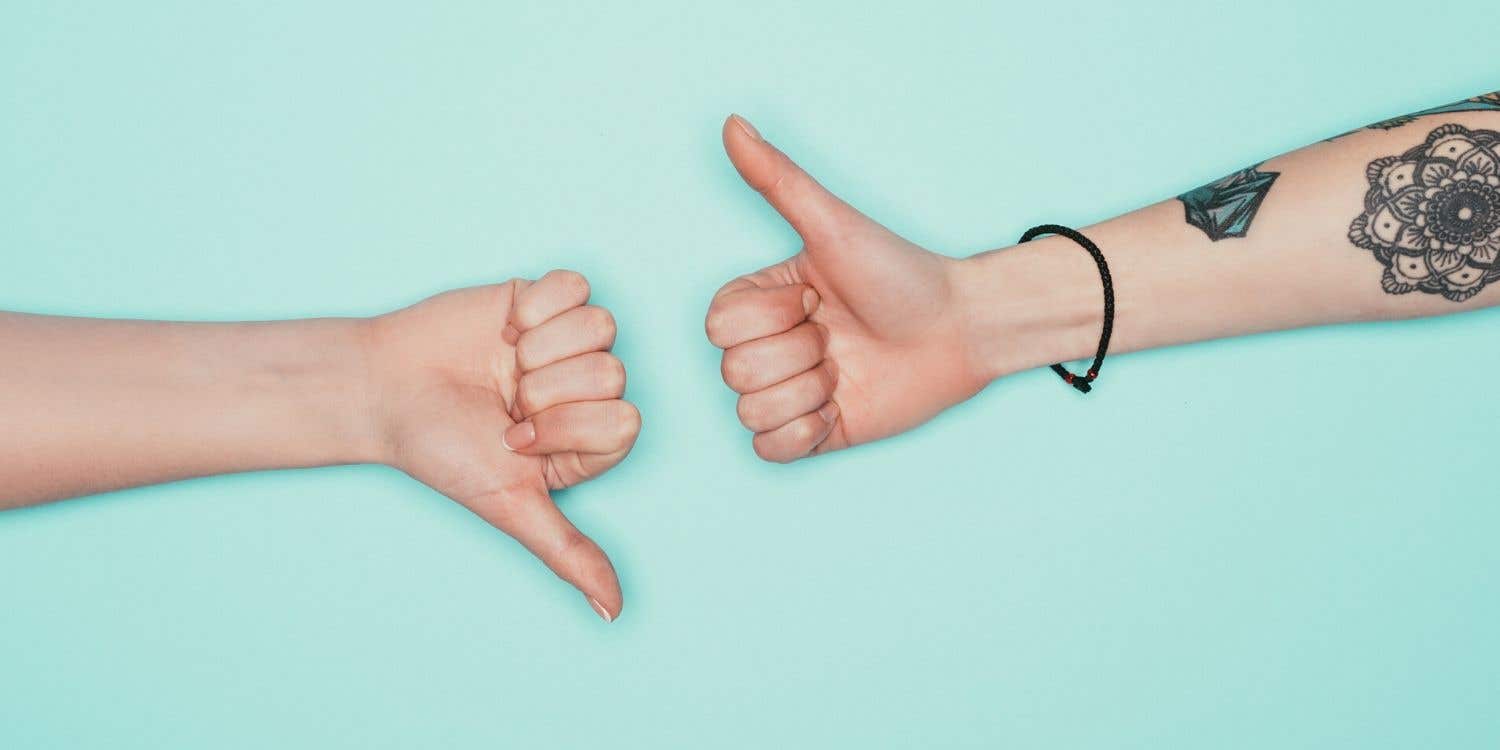 Freelancer reviews: Squarespace
Squarespace is quickly becoming one the most popular drag and drop web builders, but does it live up to the hype? Read our review.
3 MIN READ 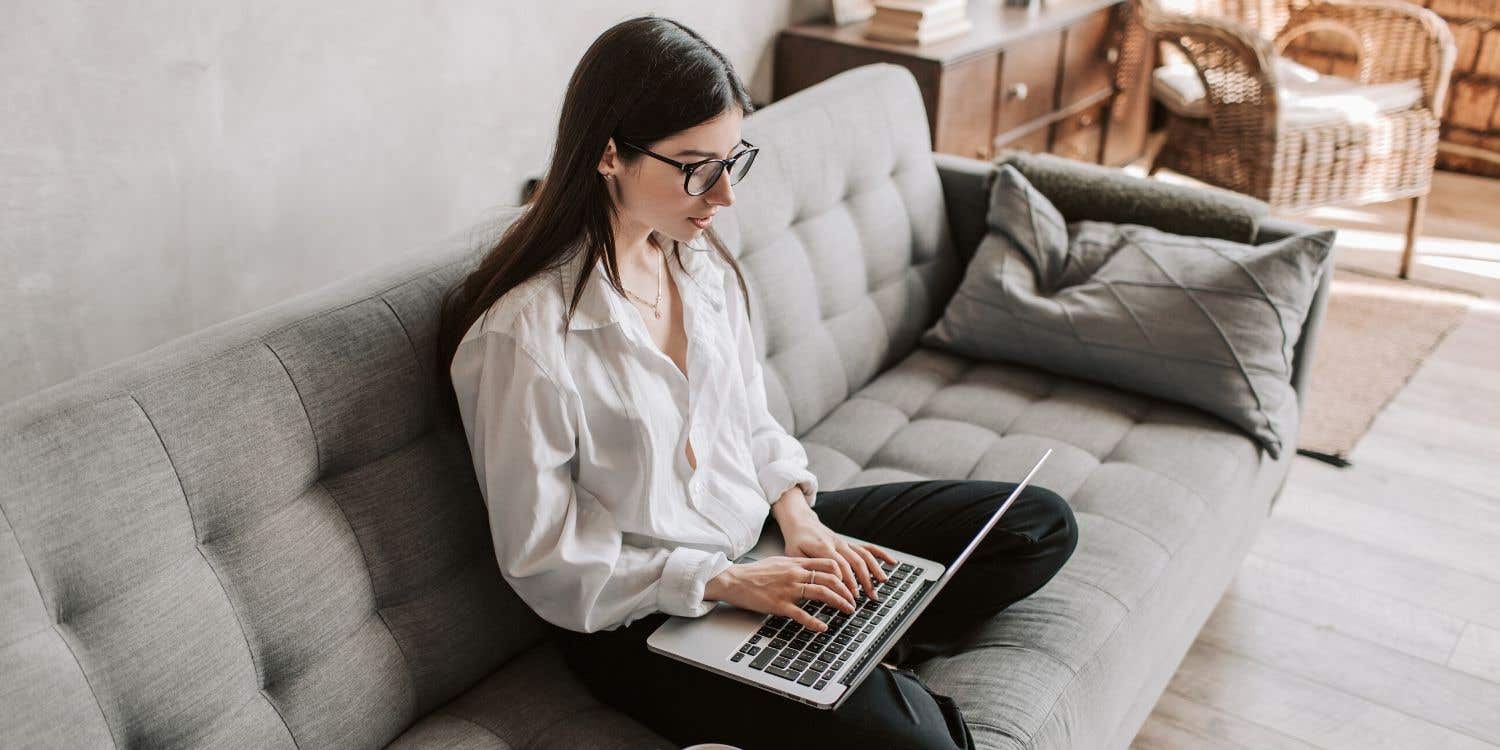 Working remotely versus working in an office
Most of us are working from home right now by necessity rather than choice, but should you continue working remotely when the Covid-19 crisis is over?
6 MIN READ 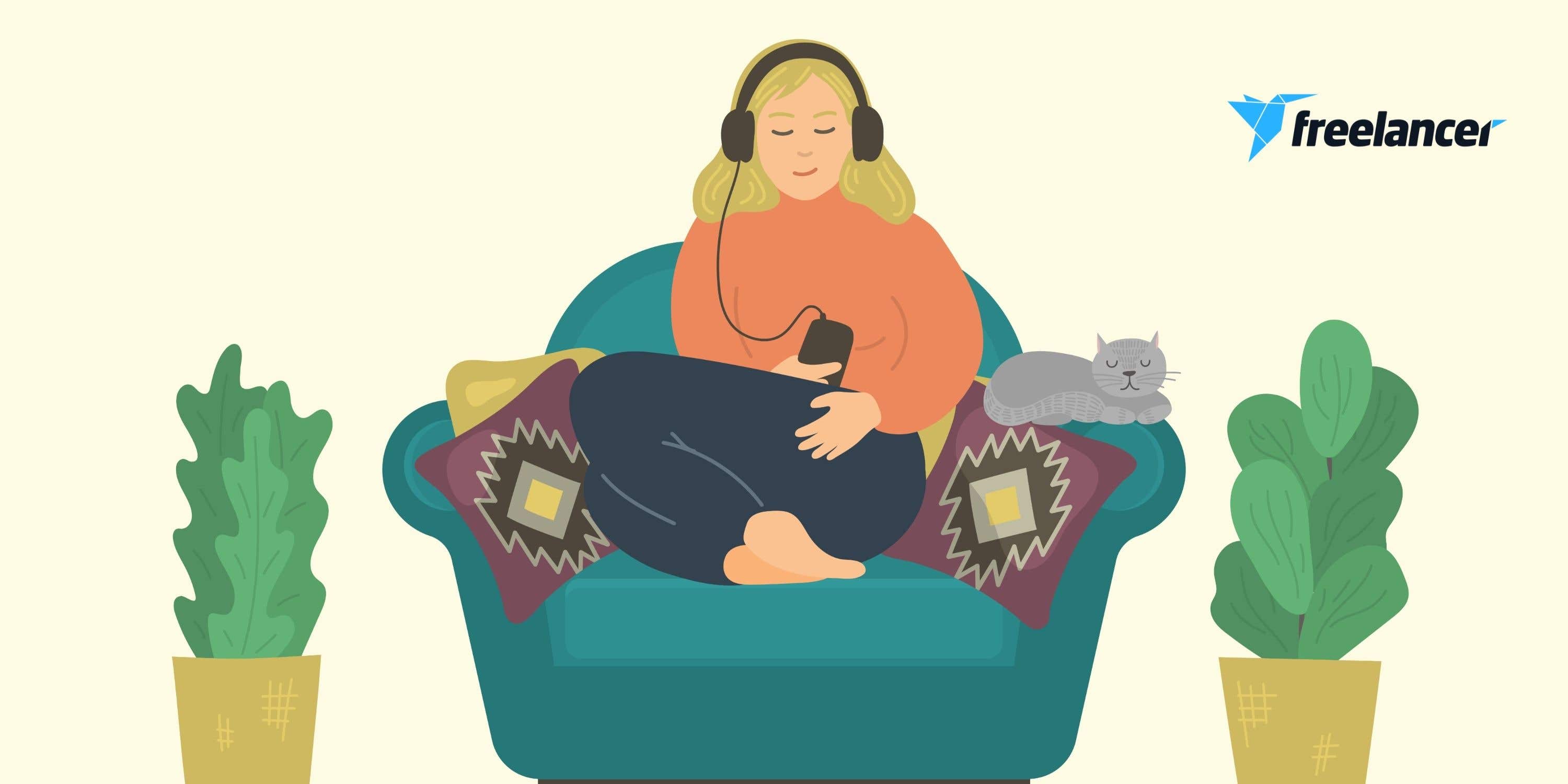 4 powerful relaxation exercises for remote workers
It's a very stressful time in the world but there is hope. In this post we teach you 4 powerful breathing exercises to soothe your anxious mind.
5 MIN READ