Creative and affordable: these are the words Gary Elphick had in mind when he opened Disrupt Surfing -- a Bondi-based startup that creates custom surfboards using 3D rendered technology. It happened when Gary, a surfer for more than a decade, grew frustrated paying thousands of dollars for surfboards he didn't feel were his. He always felt a strong attachment to his boards and he wanted something that expressed himself without breaking the bank. 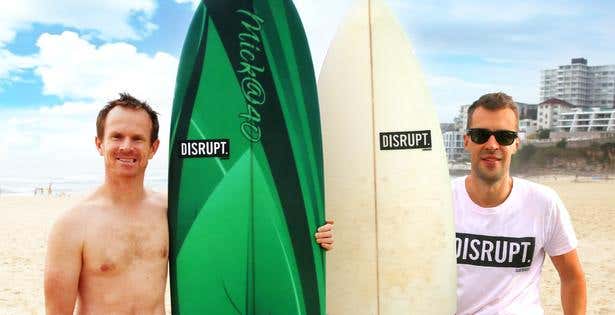 A customized surfboard can cost upward of $1,200. A Disrupt board meanwhile, ranges from $400 to $650. The boards are also 100 percent customizable in shape, construct, and design. It was generally well-received that in less than six months since Gary founded Disrupt, they already sold more than 700 individually-designed surfboards.

Like many startups, Gary faced the problem of getting the word out. Not many people know about the possibility of creating fully customized surfboards online. This problem, along with all the other jitters experienced by startups, is being tackled one by one at muru-D -- a start-up accelerator backed by Telstra. Disrupt Surfing was one of the 11 startups that secured a spot in muru-D's six-month acceleration program.

One of Gary's mentors at the accelerator, Mick Liubinskas, recommended that Gary tap Freelancer.com -- the largest freelancing and crowdsourcing marketplace -- and it made perfect sense to Gary. "Freelancer complements our business because of the thousands of talented designers in their arsenal. More people can access a whole network of designers who will design their custom surfboards," he said.

Surfing on the site 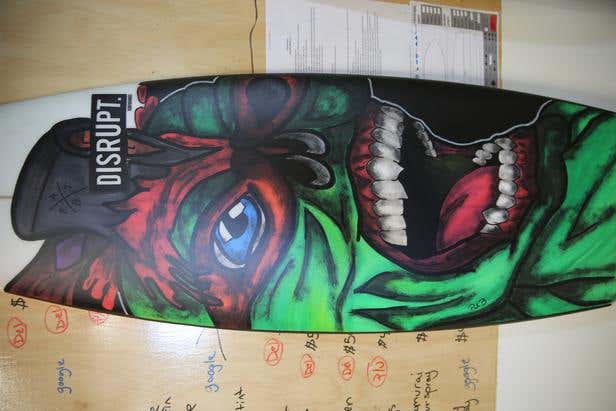 Mick's firsthand experience led him to believe that Freelancer.com is useful for surfers who want a customized board but are not experts in designing. He hired a freelancer on the site to create his custom design based on a leaf because it matches the shape of a board and adds to the natural part of surfing. "It was also a birthday present to myself so I wanted to get mick@40 on it somewhere but fitting in with the design," he said.

The experience was easy and swift, according to Mick. "Freelancer.com gave me a lot of options in terms of people to work with. The site shows me their experience, handles the payment over milestones, and is great for communications. I also love supporting an Aussie company," said Mick.

He picked his freelancer, Exxarts, after interviewing him and reviewing his profile. "Design is such a personal thing and surfboard is a bit different so I chose one of the more expensive designers. They had a good portfolio and great rating from previous jobs." 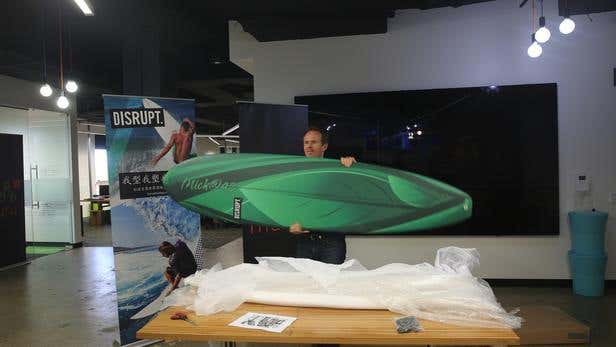 Using Freelancer.com is an awesome start for Disrupt as more people would be aware of how easy it is to get a professionally-designed customized board. The process is faster and shorter. Surfers would just log into Freelancer.com to get a design, submit the design to Disrupt, and wait a few weeks for the board to be built and delivered to their homes.

Through the site, Disrupt hopes to encourage surfers to get creative and start owning personalized surfboards. Freelancer.com makes this tricky part hassle-free and inexpensive.

Mick said their main criteria for choosing startups for acceleration are their strong execution and passion to work for years on their businesses. "The companies must have global ambitions and all of them must have some progress," he said. Choosing Disrupt to be included in the program was an easy choice because they are already selling, they are highly connected to their product, and they responded very well to feedback, Mick said. 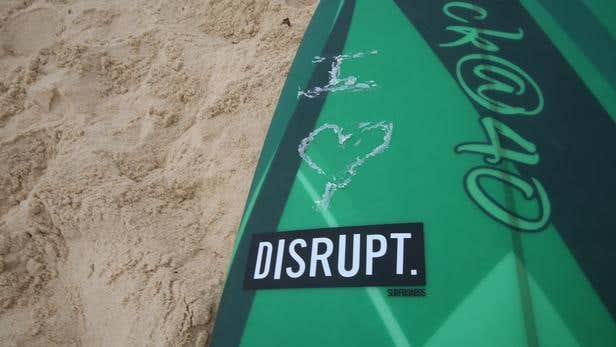 It has already been an unforgettable journey for the Disrupt team despite being under the program for several months. "Muru-D pushes you hard and gives you great access to contacts and networks," he said. The accelerator is able to call on experts from Telstra to help businesses. To be included gives startups access to a pool of some 50,000 potential advisors and interns who are eager to help.

In the future, Disrupt is looking to help people customize all kinds of sports gear including kite-boards, stand up paddleboards, skis, and snowboards. Gary and Mick believe that all sports gear should be 100 percent personalized. Gary knows it won't be an easy ride. "There will come a time when you'll have to decide if you want to take the leap. It's not easy, it's a roller coaster, and it's the best and worst experience you'll ever have. But, we wouldn't have it any other way."

My experience with quotes

Understanding the cause of stress makes it easier to manage. Let's dive into why freelancers experience stress on the job and how they can handle it.

Tips for Creating a Portfolio from Scratch