How Freelancing is Changing the Writing World 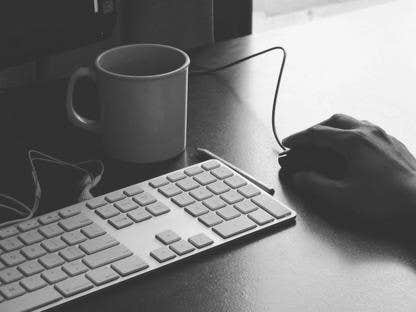 Freelancing is widely regarded as the kind of work you can do on your own terms. This is mostly true because a desk job, more often than not, locks you and limits your flexibility in terms of time. As anyone who's ever worked on a full-time job knows, there's little wiggle room for doing other tasks when you're busy punching the clock.

The industry has been practically revolutionized by freelance journalists and writers. Let’s look at the impact it has had on the writing and journalism industry.

Thanks to the possibilities afforded by the Internet, freelance writing and journalism has increased and diversified. Old school reporting and writing has been digitized and is slowly taking over while rendering print media useless. Today's freelance writers do not need to reach out to large print media companies to sell their work. Most of them operate their own blogs and websites that serve as platforms where they publish their content.

The Internet has also changed how people consume content. Much of the younger generation don't read print media anymore. Smartphones, which are very popular with young people, have become cheaper, and therefore easily accessible. In order to reach these viewers or readers, online platforms such as blogs and news sites are necessary.

The Internet is responsible for the creation of thousands of platforms from which freelance writers and journalists can communicate with clients. It offers a shared economy structure that has provided easily accessible meeting places that connect for those who need services with those ready and willing to provide them. These shared platforms have also been able to facilitate payments and movement of money between the two parties. Thanks to these convenient platforms, freelance writers and don't need to physically look for companies to sell their content to. As a result, a lot of firms have opted to get much of their content online, allowing them to cut down the number of in-house writers, journalists and reporters.

Because of the competitive nature of freelance work, the quality of content in circulation is normally exceptionally high. The market has inspired freelance workers to strive to make a name and build a brand. Perhaps this is partly attributed to the fact that they no longer work for a large company, but for themselves. It is this kind of perspective that encourages them to work even harder and smarter.

Another impact is that the rate of self-employment has increased. Many unemployed people have been found it easy to get jobs as freelance writers and journalists, compared to looking for employment in an established firm. This has created and promoted an entrepreneurial mindset that contributes to the economy.

For many Americans, the dream is to create and maintain a freelance career. Here are considerations to keep in mind to become a successful freelancer.

11 ways you can use the Quotes feature to get more work and level up your freelancing profile.

How to Turn Freelancing Into a Full-time Career