Design a cover for my best seller 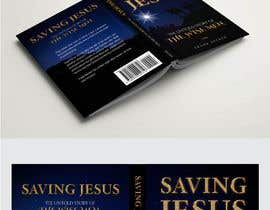 PLEASE, NO MORE ENTRIES! Closing contest as of 6AM, Sunday, 11 October. There have been so many truly beautiful and eye-catching covers that we turned the decision over to a Focus Group of twenty-seven (27) people.

We had fourteen entries in the first cycle, and four of those actually tied for first place, so we submitted just those four for a final vote. Even now, two are even. The members of the focus group have until noon today to make their preference known.

Again, thank you all for your superb work. I wish I could use half of the covers submitted, but it comes down to one of the 320+ you've created.

PLEASE NOTE REVISED BACK COVER TEXT IN FILE ATTACHMENT BELOW, Thursday, 8 October.
ALSO, you must be able to provide proof that any artwork you use is either open source and royalty free, or that you have paid the fees for its unlimited commercial use.

Requirements:
• Front and rear covers and spine for 5 inch x 8 inch paperback book.
• 293 pages (0.75 or 3/4" inches thick).
• Cover design may also be used for a hardcover book, an e-book and a CD box label.
• The book’s title is registered with Bowker, and an ISBN has been issued to Greenbush Press. A barcode is available for the back cover.

IMPORTANT:
This novel begins with the appearance of a phenomenal star to the east of Palestine on the night that the Christ child was born in a stable. It covers about FOUR MONTHS ONLY, during which the Wise Men (Magi) journey to Jerusalem and find the child living in a house in Bethlehem. It does not deal with events thirty-some years later, and therefore the cross (as much as I love its significance) plays no part in this particular story. I'm afraid that neither the Madonna with her slain son nor the cross really have a place on this cover. And while Jesus was born in a stable, since the Wise Men arrived about 4 months to a year after his birth, the Bible tells us they found him in a house, not a stable.
LEGAL:
Please make certain that you have the rights to any graphics you use, and can provide proof before I award your entry.

Background:
The Christian Bible speaks of wise men, or magi, who follow a phenomenal star from “the East” to Palestine. “Saving Jesus: The Untold Story of the Wise Men,” takes the position that the wise men were inspired by God to defy the will of the world’s two great opposing empires—Rome and Parthia. They risked their lives by traveling a thousand miles around the Fertile Crescent. They crossed mountains, rivers and deserts, and suffered attacks by bandits and the intrigues of their enemies. They went to worship the new born king, but wound up providing the resources the Messiah’s family would require to escape the wrath of King Herod.

“I would definitely work with Carlos Moran again!”