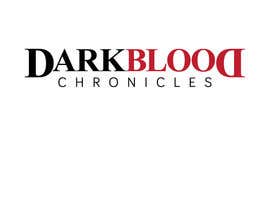 Darkblood Chronicles is the story about a young high school student named Samantha. She is quirky, not really popular, and into the macabre. Her adventure begins with a strange nightmare, wherein she sees herself atop a guillotine with a hooded man standing above her, axe at the ready. With the flick of her wrist, a woman named Sin opens a vortex to the Dark Realm, dragging Samantha with her.

After arriving in the dark realm, Samantha must make her way through undead hordes, damp and musty Catacombs, ominous Cathedrals, an arid and expansive Valley, and through the remains of a War Zone with tanks, planes and still-life soldiers, to find out why she has been brought here and the mysterious circumstances surrounding her past.

The title itself refers to the main character’s blood turning dark when she spends too much time in the dark realm. The story becomes a race against time for Samantha, the main character, to escape the dark realm before her blood becomes dark, at which point she will become undead, essentially a vampire. The basic premise is not unlike Twilight, though not as campy, and the story is more involved and the themes more mature.

For screenshots and the current logo, please visit the facebook page: https://www.facebook.com/DarkBloodChronicles

There is a proposed sequel/prequel for the project. Darkblood acts as the main title, with Chronicles, in this case, being the subtitle. So the focus should be on Darkblood, which is the actual title of the series. Also, Darkblood in this case, is written as ONE word, the title should ideally work against multiple BG colors, and the font itself should be clean, simple and untextured. Font style selection, in this case, will be extremely important.

The old font IS NOT appropriate because;

- it looks like it belong in a Dracula story
- too archaic and Gothic (The story is actuallly contemporary)
- And it is too difficult to read. Needs to be clearer

The new font should be:

- simple, streamlined and easy-to-read
- incorporate a darker color palette, including black, grey and red
- Do NOT involve blood or gore, the game is not bloody or gory, there is some blood, but it is all done in good taste

ATTACHED
1) The Characters of the game are attached: Ethan Sam Aeon
2) Old Logo and the screen drenched with blood. Will be moving away from that. Want a change from that. Should not remind people of Dracula.

Thank you for all submissions in advance.

“Great Work. Hope to work with you again. ”